If you do a Google search for "Toyota Six Sigma," the first result is from a company whose URL shows its roots. The domain is SixSigma.us. That tells me their origins are Six Sigma. I would link to them, but I don't want to give them the Google juice for doing so.

This company has created a bad, inaccurate webpage that seems designed to appear high in the Google search results (hoping the SEO benefit will lead to more sales in spite of how inaccurate the page is). They want to sell training and "Belt" certifications (Green Belts, Black Belts, etc.).

The page is strangely titled: "Benefits of Toyota Production System (TPS)." If you find the actual Toyota TPS page, you will find zero mentions of Six Sigma... because Toyota does not formally use what the belt-peddlers would sell as a "Six Sigma" methodology. Toyota doesn't train belts. They don't do DMAIC projects. Toyota does use statistical methods, but that's due to the history of Total Quality Management (TQM).

The company uses a huge Toyota logo, which isn't their intellectual property to use.

It's NOT a "Lean Six Sigma program" and it's a stretch to say it's "like" one.


"Al the proven and intelligent methodologies of conventional TPS Six Sigma have been charged with immensely motivated team associates."

"TPS Six Sigma" is not a thing.

This is all just written so badly...


"TPS is the outcome of such powerful Lean Six Sigma team associates sigma, which leads to high performance culture and lets employees to know their full strength."

TPS is not an "outcome" of "Lean Six Sigma." I'm not sure what that sentence even means.

What Toyota created is NOT a "Six Sigma system." This page is "fake news."

This is surprisingly accurate (even a broken clock is right twice a day):


Generally, TPS consists of two pillars such as Just-in-Time and Jidoka.

But, again, the page claims there is a Toyota Six Sigma strategy. 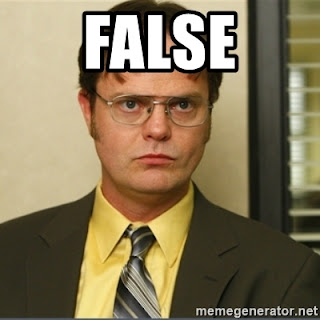 "TPS’s Six Sigma
Below discussed are some of the TPS’s (Toyota production system) Six Sigma strategies:"

I don't think this is true at all. It's been said that the Toyota dealers (independent companies) don't really use TPS. I'd like to see evidence of dealers using "setup reduction" methods.


"The Toyota Production System blends attitude, notion and specific techniques into a structured socio-technical Six Sigma system for manufacturing. Gradually, this Six Sigma system spread around Japan and finally to the West, and started gaining other names and variations. Toyota itself was not having any name for its manufacturing strategy until the 1970’s."

Again, Toyota did not create or spread a "Six Sigma" system. Six Sigma has American origins, at Motorola. It didn't spread TO the West. Toyota certainly didn't give the "Six Sigma" name to its strategy in the 1970s, since the term "Six Sigma" hadn't been created yet for a methodology like this.


"Contact us at [redacted] and find out how we can positively help you plan and change the culture and operations of your organization. We offer Green Belt and Black Belt training programs, as well as a Master Black Belt program."

Offering Belts that Toyota does not use or offer internally.

That page is a disaster. It's inaccurate and badly written. But, they've figured out how to game the Google search results system. The new version of "buyer beware" is "searcher beware." You'd like to think Google would point you to accurate and reputable sources, not some "fake news" Six Sigma site. What a shame.