Back in 2013, I wrote about a publication that described that Virginia Mason Medical Center does as "Lean Sigma."

As Dwight Schrute would say on "The Office": 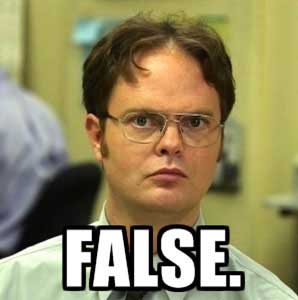 I've very directly asked Virginia Mason's CEO Dr. Gary Kaplan if they do anything with Six Sigma and he says no.

They use Lean, as in the Toyota Production System. No belts. No formal Six Sigma.

The same is the case at ThedaCare. I know because I've asked them. They don't do Six Sigma.

So, if an organization doesn't do Lean and Six Sigma, you can't call what they do "Lean Sigma."

There's a book on the market about Lean Six Sigma for hospitals that makes the same sloppy or misinformed error: