Maybe I need to start a site called ShitLinkedInSays.com. There's a lot of misinformation spread around by people in LinkedIn groups about Lean and Six Sigma. It's really frustrating.

Here's one of the recently laughable things I read in a discussion that started with the false "Lean = Speed" and "Six Sigma = Accuracy" dichotomy that I mentioned before. 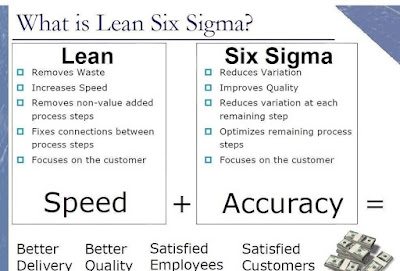 That ugly PowerPoint slide is wrong. Factually incorrect, as I've said before - just look at Toyota's own Toyota Production System website and you'll see that Lean is about flow AND quality at the source.

Here's the comment.... from a professor... that really kills me:

Six Sigma is a tool used to implement Lean? That's a new one...